I think that I am suffering from a classic case of the holiday blues.

Actually that is a stupid expression because there was nothing blue about my recent holiday. It was more white (snow) with hints of vibrant yellow (too much limoncello). What I really meant to say was that I have been suffering from the post holiday blues. That sinking feeling you get when the fun is over and you realise that your workload hasn’t gone away. It has just grown exponentially. Mainly because you had the audacity to bugger off for a few days and your clients didn’t!

The Powers That Be

I don’t know if our lives are controlled by a superior power or if they are simply a matter of fate. I do know that whatever power is controlling mine has decided to engage in act of vengeance. It has watched me enjoy my holiday and then, on my return, delivered an avalanche of work that has buried me alive.

I spent the first day of my holiday getting into the spirit of things whilst being only mildly concerned about my work. I checked my emails at least a dozen times between skiing and prayed that nothing urgent came up. Nothing did and so on day two I only checked my emails six times and managed to negotiate the first three runs without even thinking about work. By day three I was using my time on the slopes to dream up ideas for my clients’ content and by day four I had actually evolved some half decent concepts. 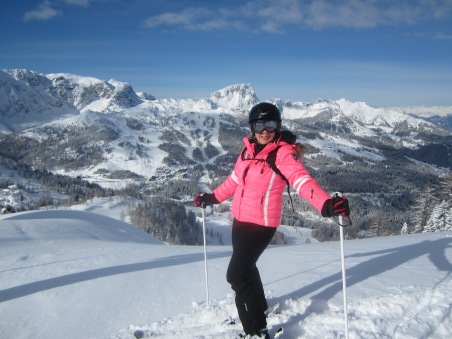 Then I forgot about work altogether which was a good thing as on day five I ventured into an area of the resort that I hadn’t skied before. During this little diversion I turned onto a piste only to find that it was a black run with a horribly steep pitch, massive moguls and areas of sheet ice. I got down in one piece after a Bambi impression worthy of an Oscar and resolved to consult the piste map before I tried skiing anything else.

The holiday ended without any more dramas apart from my friend doing the splits and pulling a muscle. I returned home refreshed and ready for action. I enjoyed a sense of calm as I set about the projects that I had lined up and then it happened. Everyone that I had ever spoken to or written a word for started contacting me with more work. Naturally all of it was reasonably urgent.

How can something be reasonably urgent? Either it is urgent or it isn’t. I characterise urgent as somewhere between potentially life changing and a matter of life and death. Urgent is not something that you have been thinking about getting done for a while and have only just got around to sorting out.

Anyway, I am now working every hour god sends and a few that he has clearly forgotten about. The avalanche has abated and I am making progress. I haven’t missed any deadlines and one of the headlines that popped into my head half way down run 50 has really worked a treat.

The only problem is that I now need another holiday.

Someone I used to work with would use an expression that always made me laugh. He often described people as “so important that they have ice on their heads”.

Because of the avalanche I now definitely have ice on my head but I don’t feel that important at all.

I do have some product descriptions to write which are pretty important though, so I had better get back to work!

See Me on People Per Hour